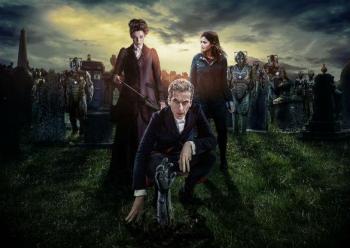 And so to the series finale… 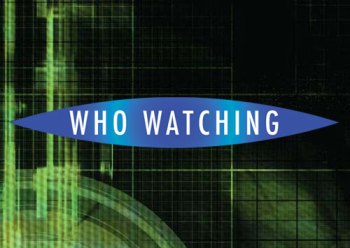 What is Who Watching?

Why so many books on the Doctor at I.B.Tauris? Why the ongoing Who Watching project? Well, the Doctor is central to contemporary media, and remarkably almost spans the history of television itself.

I really don’t think I could leave ‘Genesis of the Daleks’ out of my selection of the ten best Doctor Who stories.

I’m now up to number eight in my selection of the top ten classic Doctor Who stories and I’m running out of space with so many excellent episodes remaining.

Six down, four to go in my personal selection of the ‘top ten’ classic Doctor Who stories, and now I’m getting to the stage where rather than deciding which story I might include next I’m thinking instead about which stories I can’t leave out.

‘The Crusade’ might strike some readers as an unusual choice for inclusion in my top ten of classic Doctor Who adventures as it’s a partially ‘lost’ serial: only two of the four episodes survive (Episode 1 – ‘The Lion’ and Episode 3 – ‘The Wheel of Fortune’). However, the scripts and audio soundtracks survive, and on the evidence of the two extant episodes we can make a reasonable assessment of what the missing episodes would have looked like.

I have the impression that the reputation of Jon Pertwee’s ‘era’ as the Third Doctor has suffered somewhat in recent years: few of his stories tend to feature among polls of fans’ favourites.

So far in my top ten classic Doctor Who stories I’ve selected one personal favourite (‘The Robots of Death’) and one that’s widely regarded as an excellent example of a particular type of story (‘The Tomb of the Cybermen’). This week I’ve settled on a story that might not quite be among the best dramatically but which I’ve chosen for its overall significance for both the internal and the external history of Doctor Who.

James Chapman’s Top Ten Classic Doctor Who Stories: The Tomb of the Cybermen

For many years ‘The Tomb of the Cybermen’ was a ‘lost’ Doctor Who serial: one of those junked by the BBC when it wanted to create space in its archives.

Review: In the Forest of the Night

I’ve commented before in this blog on (a) the welcome trend under Steven Moffat’s aegis to bring new writers into the Doctor Who fold, and (b) how the current series has included probably more genuinely ‘different’ stories than any since the Return of the Time Lord in 2005.

The Day of the Doctor