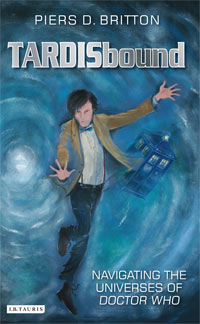 Doctor Who has always thrived on multiplicity and transformation. In the last two decades, it has grown dramatically in scope and complexity, migrating from television to other media universes. By 2009, Doctor Who was being produced in three different media, with six actors simultaneously playing the role of the Doctor.

TARDISbound addresses the full range of Doctor Who texts, including the hitherto neglected audio-adventures and original novel ranges. Piers Britton examines distinctive and shared features of the Doctor Who texts in different media, and offers a critique of issues such as class, gender and the monstrous across those texts. He also explores the aesthetics and the ethical implications of this uniquely multifarious fantasy narrative.

Piers D. Britton is Assistant Professor of Art History & Visual Studies at University of Redlands, Southern California. He is co-author, with Simon Barker, of Reading Between Designs: Visual Imagery and the Generation of Meaning in The Avengers, The Prisoner & Doctor Who.